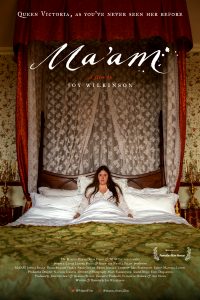 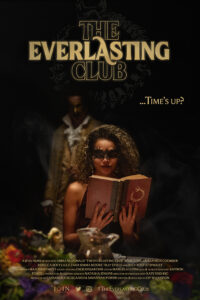 Joy’s latest film, THE EVERLASTING CLUB, was shot during lockdown and is heading out to festivals in Spring 2021. A very modern twist on an old ghost story, it’s one of Joy’s passion projects and is a proof-of-concept for a longer form version. You can watch the trailer here and follow #TheEverlastingClub for updates.

Joy’s directorial debut MA’AM won funding from the international Bumble Female Film Force initiative. It had its premiere in 2020 at the BIFA-qualifying Shortest Nights Festival, its US premiere at the Oscar-qualifying St Louis International Film Festival and has been selected for numerous other festivals world-wide. More details on FFF here and follow Ma’am on Twitter for updates.

One of Den of Geek’s ’50 Brilliant Screenwriters to Watch Out For’.

Selected as a Screen International Star of Tomorrow.

Joy is currently developing several feature projects with independent producers in the UK and US, including: the comedy ENTER THE DRAGONS (Jeva Films/Rebel Park), starring Gemma Arterton and Jason Tobin, and directed by Marjane Sartrapi. The script was selected for the Brit List and awarded development funding by Creative England/BFI. Other projects include an adaptation of horror THE DARK INSIDE by Rupert Wallis (backed by Ingenious Media) and thriller KILLER RÉSUMÉ (selected for the Brit List).

Joy was previously selected for the iFeatures development slate and for the prestigious Guiding Lights scheme, which paired her with mentor Sir Kenneth Branagh. Also selected for the Birds Eye View Filmonomics programme and the Vipers Nest group for first-time feature film-makers. Recently featured in this piece on the BFI NET.WORK.